The reforms to state and private pensions in the UK that were initiated in the early 2000s represent a milestone in the history of UK pension provision and are widely seen as a case study for creating lasting policy change. These reforms, commenced by the creation of the Turner Commission, represented a comprehensive overhaul of the UK pension system, delivered across a complex mix of institutions. They were developed and implemented over more than a decade of reform, spanning governments from across the political spectrum and withstanding the impact of the Global Financial Crisis.

Important information regarding these reforms is starting to be lost. Some items and documents such as the full Pensions Commission website are no longer available, while other information is still there but hard to find. Over time, we want to support efforts to ensure this information is preserved, and to add to it with previously unavailable documents and content. As a first step towards this, we collaborated with the Institute for Policy Research at the University of Bath on an innovative oral history project.

Together, on the 5th February 2020, we held an event to launch our new research into why and how the UK Pension Reforms (1997 – 2015) were successfully implemented. Our project brought together the previously private recollections of key actors in the establishment and delivery of the reforms, including former Prime Ministers, Secretaries of State and the Pension Commissioners, and shared them through a ground-breaking series of video interviews and a new report: Pension Reforms in the UK 1997 to 2015 (PDF). 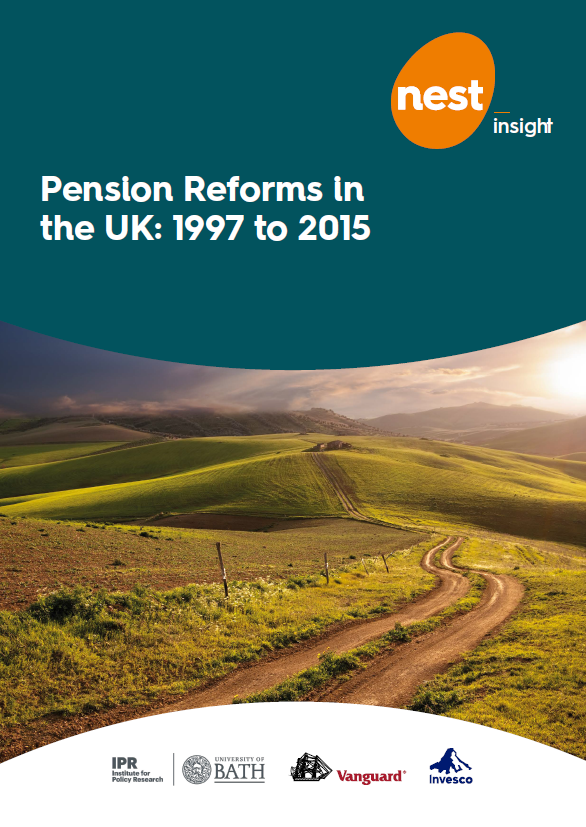 Visit our YouTube channel to watch the full video interviews.