Home Newsletter: The impact of phasing

Newsletter: The impact of phasing

It’s widely acknowledged that the first phased increase in auto enrolment minimum contributions
had little to no impact on opt-out rates, but less is known about the effect it had on people’s broader financial lives, attitudes and behaviours. How did it affect people’s awareness of how much they and their employer contribute, and their confidence in providing an income for themselves at retirement? Did it change their view of the affordability of pension saving? And, how has it interacted with their other savings and, in some cases, their debts?

To find out, we surveyed NEST members before and after the first rise. Here are our key research findings:

Our full report, The auto enrolment experience over time: Understanding the real impact of contribution increases on behaviours and attitudes, is available here. Only got 10 minutes to spare? Take a look at our ‘Quick read’ section which will take you through all of the key research findings.

Some extremely positive signs emerged from our research, giving us many reasons to believe that the next rise will similarly have a low impact on cessation and opt-out rates. Our research also highlights, however, that whilst inertia has clearly been harnessed as a powerful force of good, we do need to be mindful of its flipsides:

How the UK Saves 2018: the effects of phasing

At the start of March, we also published How the UK Saves 2018: the effects of phasing, with our strategic partner, Vanguard. This is a supplement to the main How the UK Saves report we published together last year. The analysis supports the findings of The auto enrolment experience over time: Understanding the real impact of contribution increases on behaviours and attitudes, highlighting the low impact on opt-out and cessation rates following the April 2018 rise in minimum contributions. Read the full report here. 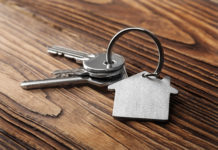 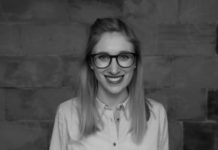